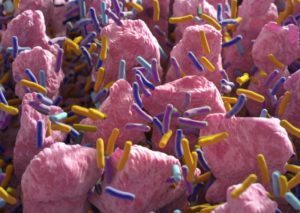 Aging is a complex interplay of processes that include a wide range of metabolic, physiological, genetic, and immunological aspects, these processes can be divided into a number of distinct categories, known as hallmarks [1]. Essentially aging is the loss of a host’s ability to mount an efficient immune response and maintain metabolic homeostasis, this leads to declining tissue repair, frailty, age-related diseases, and eventual death.

Thanks to the progress of science we have learned a huge amount about aging in the last decade allowing us to better understand how the hallmarks of aging and their underlying mechanisms work and relate to each other to create the familiar phenomena known as aging. These hallmarks and the changes they bring lead to the age-related decline of the immune system through mechanisms such as inflammation and metabolic dysfunction.

There can now be no doubt that the aging hallmarks and their resulting pathological processes lead to the manifestation and progression of the familiar diseases of aging such as heart disease, cancer, diabetes, neurodegenerative diseases, and many more [1-2]. The progress of research in recent years has been rapid and has lead to many researchers considering the potential of targeting the aging hallmarks directly in order to delay, prevent, or even reverse age-related diseases [3-4].

Could the gut microbiome be contributing to aging?

There is an increasing level of evidence for the role of changes to the gut microbiota in the aging process, indeed, many issues such as dietary changes, constipation, and exposure to drugs and antibiotics are all correlated with changes in the gut microbiome and its function [5].

The gut microbiome and its health is linked to gut permeability, intestinal inflammation levels, immune system health and function, metabolic health, and the gut-brain axis [6-7].

Therefore issues including dietary changes, constipation, and exposure to drugs and antibiotics may contribute to negative changes in the microbiota of elderly people leading to an increased risk for gut infections and diseases such as dysbiosis (leaky gut) which increase intestinal permeability [8].

The evidence suggests that changes to the gut microbiota are associated with the chronic age-related background of inflammation known as “inflammaging”and the diseases it contributes to. With this knowledge it is not hard to imagine that targeting the gut microbiota could be a potential therapeutic target to ameliorate the aging process in order to delay or prevent age-related diseases [9-10].

It is currently still unclear if alterations to the microbiome are a cause or consequence of the host aging. However, it has been shown that older people in general have a significantly different microbiome compared to younger healthy adults. The difference in gut diversity between old and young people could be due to a variety of factors linked to aging, such as, reduced mobility and activity, immunosenescence, changes to lifestyle and diet, increased gut membrane permeability, recurrent infections, and regular exposure to medications [11-13]. Interestingly, the diversity of the gut microbiome in supercentenarians more closely resembles that of healthy younger adults [14].

Typically, as people age the diversity of the gut microbiome declines with the numbers of commensals such as bifidobacteria, lactobacilli, and bacteroides falling, while the levels of opportunistic microbes such as C. perfringens, Firmicutes phylum, C. difficile, and enterobacteria rise [15-21].

The table above shows how some of the key bacterial groups typically change during aging. That said, while this is the general trend, these age-related changes in gut microbiota can vary depending on geographical location [21-23].

It currently remains uncertain if alterations to the gut microbiome and increased gut membrane permeability are a cause or consequence of the aging process. Current research does suggest that homeostasis of the gut microbiome is critical for maintaining health during aging, and thus restoring gut homeostasis in older people may improve their health and potentially support longevity [24-25].

Regardless of the answer to this, we do know that the gut microbiome plays a key role in the health of the host and changes to the diversity of microbiota are linked to a number of inflammatory conditions. It is therefore reasonable when considering human aging to include the microbiota as an important part of that process, indeed changes to the microbiota may even constitute a hallmark of aging in its own right.

In aging not only does the diversity of the microbiome decline and change but we also see a drop in the microbiota-related production of short-chain fatty acids (SCFAs) such as butyrate, acetate, and propionate which play a key role in metabolism. The decline of SCFAs in old age may also be linked to age-related conditions such as irregular bowel transit, gut dysbiosis, reduced appetite, cognitive decline, sarcopenia, hypertension, diabetes, arthritis, sarcopenia, and frailty [26-28].
We know that commensal bacteria in the gut do have a significant impact on host metabolism and health [29], and that the metabolites (the SCFAs) produced by them are freely absorbed into the bloodstream via the intestinal epithelium, with this in mind, it is reasonable to consider that the microbiota and the metabolites they produce influence not only health but in addition to that, could also have an important impact on human lifespan [30-31].

Certainly this was the case of one large study of healthy older people, including those over 100, where researchers found that their gut microbiomes are similar to those of people decades younger [32]. It is likely that this similarity is due to regular exercise and activity, a healthy lifestyle, and a balanced diet.

Interestingly this study found that the greatest differences between groups in the gut microbiota diversity were found before age 20. It has also been shown that ethnicity and lifestyle can be identified at the bacterial level by examining the microbiome and its diversity [33].

The microbiome and immune system

The gut microbiome is critical for a number of basic functions in order for the host to remain alive and healthy. It performs functions such as supporting the development and function of the immune system, breaking down fibre to produce SCFAs, supplying energy via the digestion of food, lipid storage and metabolism, ensuring the intestinal barrier maintains its integrity, and the synthesis of vitamins [34].

The gut microbiome is essential in the development and function of the immune system, and the immune system is impaired by its absence [35-36]. Bacteria including Candida albicans and Citrobacter rodentium facilitate the control of pathogens by the activation of T helper-type 17 cells and by the recruitment of neutrophils and other immune cells to assist. Bacteroides fragilis and Clostridium both control inflammation by encouraging the differentiation of regulatory T cells (FoxP3-positive) and the regulating the production of interleukin-10 and transforming growth factor β [37]. As well as its role in the development of the systemic immune system it is also plays a central role in the the growth and upkeep of the gut mucosal system [38].

This ties in with the role of butyrate in controlled pathogens via the activation of the peroxisome proliferator-activated receptor-γ-dependent β-oxidation metabolic pathway and oxygen consumption in colonocytes [39], which stabilizes hypoxia-inducible factor and thus increases intestinal barrier protection [40]. Butyrate also regulates inflammation by blocking histone deacetylases and toll-like receptor 4 (TLR4) signaling [41] and promotes the creation of FoxP3-positive regulatory T cells [42].

The microbiome breaks down fibre to create the SCFA butyrate which is estimated to be responsible for around 70% of the energy produced by the colonocytes, epithelial cells of the colon, which makes butyrate the most important SCFA for colon homeostasis [43]. This is important as the health of colonocytes determines the integrity of the gut membrane and without sufficient butyrate supplied by gut bacteria intestinal permeability rises and dysbiosis or leaky gut can be the result. This increase of gut barrier permeability is thought by some researchers to contribute to aging via the leakage of bacterial products into the system.

Faecalibacterium prausnitzii, which produces the SCFA propionate has anti-inflammatory activity. It is able to trigger the production of interleukin-10, inhibits antigen-specific interferon γ-positive T cells, and protects the intestinal membrane against dysbiosis [44].

The propionate producing bacteria Akkermansia muciniphila and its outer membrane protein Amuc_1100 activate toll-like receptor 2 in order to support the integrity of the intestinal barrier [45]. It also improves conditions at the intestinal barrier by maintaining the mucus layer, which supports other SCFA-producing bacteria, such as bifidobacterium animalis subspecies lactis, which uses the mucus to adhere to the gut wall.

Taken together this shows that the microbiome is critical especially in the development and correct function of the immune system in order to maintain health. Studies on germ-free mice have demonstrated that the presence and numbers of various immune cell types are significantly reduced in such an environment, and that local and systemic lymphoid structures do not develop properly when the environment is sterile [46]. Interestingly, researchers also showed that it is possible to restore the development of immune cells in populations of germ-free mice by exposing them to specific bacteria [47].

Aging and the microbiome

While it is not currently clear if age-related changes to microbiome diversity is a cause of consequence of aging the data is steadily growing in support that it could potentially be a driver of aging in its own right. It is early days as far as establishing the association, however, there is already some evidence suggesting the direct link between the microbiota and aging of the host [48-49].

And while the current evidence linking the microbiota and aging is limited, the reduction of diversity in the gut microbiome does appear to be linked to age-related frailty [50-51]. Another consequence of reduced microbiome diversity is the observation that commensal bacteria are in general found to decline in older persons, these bacteria help to maintain immune tolerance in the gut environment and keep down levels of opportunistic bacteria which can be harmful [52-53]. The levels of opportunistic bacteria have been documented as rising during aging of the host and are known to provoke inflammation [54]. This evidence taken together suggests that homeostasis of the gut microbiome is critical for maintaining health and that disruptions to that balance, such as in aging, may have consequences to that health.

The evidence that the microbiota influences systemic immune and inflammatory responses is also building [55]. Their role in inflammaging, the cascade of events that leads to the dysfunction and eventual failure of the immune system and loss of tissue regeneration, via an increasing chronic background of inflammation is growing [56-58].

In support of the role the microbiome plays in inflammaging, the increased levels of the proinflammatory cytokines TNFα, IL-6, IL-8, and protein complex NF-κB are linked to changes in the gut microbiota [59-60]. There is an increasing amount of evidence to suggest that increased age-related intestinal permeability leading to gut microbes leaking into systemic circulation, is the origin point of inflammaging [61-62].

The consequence of microbial lipopolysaccharide and other microbial products leaking from the gut via a compromised gut membrane is the increased activity of interferons such as, TNFα, interleukin-6, and interleukin-1 in the blood, which are increase the level of systemic inflammation. This chronic smoldering background of low-grade inflammation is also a strong predictor of the decline of health and fitness in older people [63-64].

One thing is becoming increasingly apparent, the role of the microbiome seems key in the aging process and it represents an interesting target for therapeutics aimed at ameliorating age-related diseases. Only time and more research will tell.